I have the Brit mk2 version and would love an American one, My bro in law has a U.S. version in very good condition but won't part with it

I love the pistol and it's 8uite accurate too

I have three Hy-Score pistols, each one in .22 caliber. 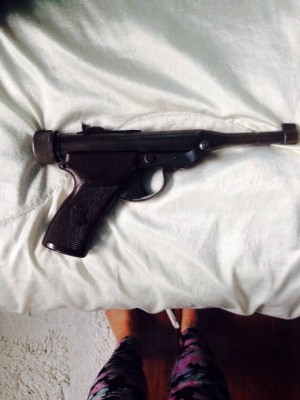 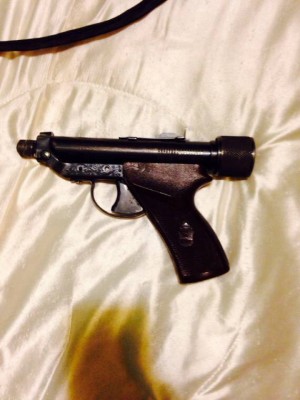 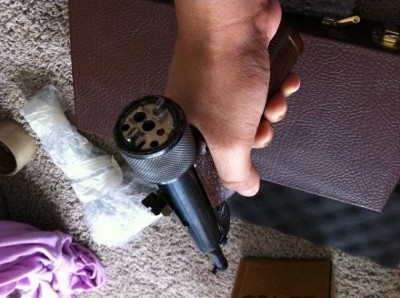 The multi-shot Hyscore loading system is very interesting, but I have found it takes almost as long to load the magazine as it does to load individual pellets.

Love the feature which allows dry firing without causing damage though.

The barrel looks very short, ar first glance, but I am presuming it is much longer than it appears. Is this so?

pmh wrote:The barrel looks very short, ar first glance, but I am presuming it is much longer than it appears. Is this so?

The Hyscore was a 'concentric' pistol so the barrel appears to be shorter than is actually the case.

The much shorter, Sporter pistols still had a 199 mm (7.7 ") barrel as did the UK produced Phoenix model.

Although the 700 Series had a longer overall length than the 'Sporter', much of the barrel length was made up of a false shroud .

Here are the barrels of my Mk2 sporter, I measured them and strangley they're 196mm, They seem to have lost 3mm somewhere I discovered a rather tired Sporter in a local gunshop, some months ago. I have been able to spruce it up quite nicely, but I would like to know if anyone can tell me whether the original type backsight (i.e. with a stepped slider to raise the sight), which is missing, could be replaced with the plastic one shown on some illustrations, or whether I should attempt to replace the original? The foresight does seem rather low if the plastic rearsight is installed.

The sights aim the gun high to make up for the action of the piston which moves the barrel downward as it moves in the gun. I actually think the gun barrel may be aimed high instead of the sights, but you get the idea. On the Targ-Aire you can easily see the barrel is aimed downward, the opposite cause the piston goes the opposite way of the Hy-Score.
Top
Post Reply
9 posts • Page 1 of 1