Hello all, can any of the members tell me The best way to recondition old leather seal pls?

Can you tell me what state it is in? Is it dried out? Do you have a pic? What is it out of? You can upload the pic straight onto the forum now.
graham.
I’m going off to go find myself. If I’m not back by the time I return, keep me here.
Top

The rifle is a Haenel mod.1 DRP.
Top

An interesting gun. If it is marked DRP (Deutsche Reichs Patent) that shows it was pre world war two - between 1935-1945 ish. If you take the stock off under the breech area you should be able to find the date.
If the gun is shooting to your satisfaction and you don't want to dismantle it just putting a few drops of oil down the transfer port and leave the gun in a corner to let the oil permeate through the seal is better than doing nothing. Yes, it will 'Deisel' for a while. If you have something like Mink oil or Cengar Green Oil to hand that would be far better. Myself I would be stripping it and relubing the whole gun, but then you could be opening a whole new can of worms! I feel a tutorial coming on.......
graham.
I’m going off to go find myself. If I’m not back by the time I return, keep me here.
Top

Yes you are right in saying its an interesting gun.

It ticks all the right boxes too as it has the following features; adjustable ramp sight, rear cylinder safety catch, rifled barrel and its .177, i have been told that its rare to find such a mod 1 with all those features.

As for shooting it, it was the gun i used in the ubc vintage speead in agw(?) and its surprisingly accurate for a pre war gun..... I can just imagine the young Hitler being trained using this rifle.
Top 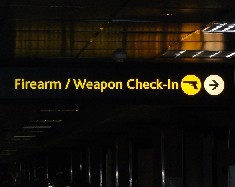 You can buy sets of different size leather washers on fleabay.They can be expensive, £15 for 6 sizes but I have repaired some old rifles with them.Hitler would never have trained with a rifle like yours, he was 25 years old in 1914 and served in the First World War.
Baz
Top

I just rebuilt a Haenel Model I DRP a few months ago, and was quite surprised at the condition of the leather piston seal - very well preserved, and pliable. The whole gun was given a proper cleaning, and the leather treated with pure silicone oil prior to re-assembly with fresh lubes. Even the leather breech seal was treated and re-used. Only real problem with the gun that I worked on was a fatigued and canted mainspring, and with the new mainspring in it, and the fresh lubricants, it shoots like a brand new gun once again.

Age of any airgun isn't necessarily indicative of a dried out leather piston seal or breech seal. I have seen guns 100+ years old with very well preserved leather seals, and alternatively, guns of only about 30 years old with dried out and crumbling leather seals. I suspect that a great many factors come into play with either scenario.
Top
Post Reply
8 posts • Page 1 of 1