I finally found the last of the four variants of Webley Orange Segmented .22 pellet tins from the 1970s that I have been chasing for some time. The most commonly seen is the standard tin of 500 followed by the less common, shallower tins of containing 250 pellets. The rarest of these tins are the two that defy the convention of orange for .22 and green for .177 as these two tins contain 500 and 200 .177 pellets respectively. Webley probably weren't too concerned about correcting this anomaly in the artwork as the calibre is clearly identified on the lid. 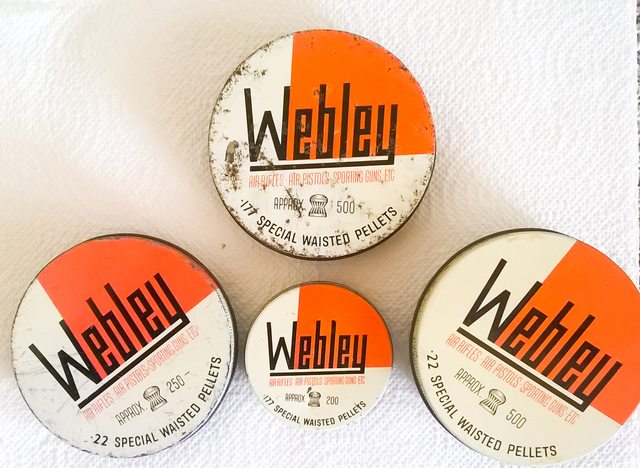