A place to discuss all things Webley. As this is probably the most collected airgun maker we felt it deserved a section of its own.
Post Reply
1 post • Page 1 of 1

I have recently added a pre-war Webley Junior to my collection to complete the three main Junior variants. I deliberately waited to get one of the first pre-war Juniors with both the wood grips and adjustable sight. The very first of these pistols had wood grips and fixed sights until the brief introduction of the adjustable sight quickly followed by the so called Tin Grip model and reversion to fixed sights. This one still has London as well as Birmingham on the address dating it earlier than 1929 and the Ser No would place it to late 1928 which is the first year they were first produced.
The wood grips really improve the appearance of the Junior and it's a shame that Webley felt the need to replace them with less attractive pressed steel grips as cost cutting measure. 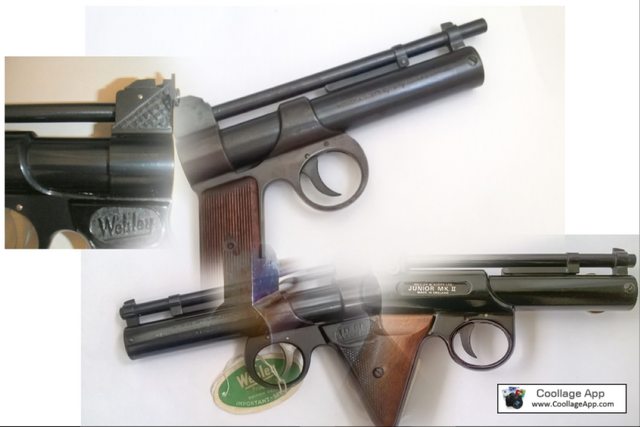